We have made Interactive Examples App user interface more intuitive and it is now possible to select favorite examples, run selected example from multiple places, also search field is more responsive. In addition, we increased over all examples count and more new examples and more MVVM pattern examples will come in the future releases.

On feature improvement side, we’ve made rendering much faster for multiple SeriesEventMarkers, LineCollection and PointLineSeries3D. If count of those object reach thousands, LightningChart is able to rendered them 2 to 10 times faster. 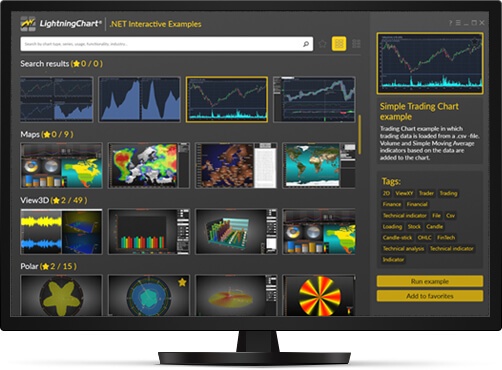