Setting the industry standards of performance

The full open-source test project can be accessed directly from GitHub.

What did we measure? – Static Surface Grid Charts

Measured in milliseconds, this is a metric that tells how many milliseconds, once initiated the rendering procedure, does the chart take to be fully visible to the user.

Based on the data intake, the chart will be able to function or exceed its capabilities. When exceeding the chart’s capabilities, the browser may end up crashing or running out of memory.

The performance of LightningChart JS v.3.3.0 against other charting libraries can be seen from the next graph (specific values are contained in the table).

Overall, this particular test has been performed with 2000×2000 (4 million) data points.

The first bar indicates how LightningChart JS’ loading speed was only 152 milliseconds while the only hardware-accelerated competitor (B) required 1,302 milliseconds.

Competitors A and C, both without hardware acceleration, required 14,598 and 30,720 milliseconds, respectively.

Testing the number of data points that LightningChart and other libraries can handle, validates the high-performance of LightningChart not only at speed rendering but at data intake levels as well.

Non-hardware accelerated competitors fail the test when reaching a surface grid size of 2000×2000 (4 million) data points and requiring, on average, 22,659 milliseconds to render.

On the other hand, hardware-accelerated charting libraries do have a slightly better performance as they reach a surface grid size of 6000×6000 (36 million) data points but require, on average, 9,501 milliseconds to render.

Now, not only LightningChart JS v.3.3.0 reaches the same 36 million data points threshold at the lowest rendering time of 374 milliseconds but continues to reach up to 12000×12000 (144 million) data points.

What did we measure? – Refreshing Surface Grid Charts

How many times the visualization is updated per second. For good real-time performance should be at least 40 or more.

This is a % value between 0 and 100, which indicates how much processing power the chart is using. Lower values are better.

Based on the data intake, the chart will be able to function or exceed its capabilities. When exceeding the chart’s capabilities, the browser may end up crashing or running out of memory.

This test answers the question of “what is the % CPU usage of the libraries at a given refresh rate of 10 Hz when visualizing 2000×2000 data points?”

Initially, the test was made at a given refresh rate of 10Hz expecting all the libraries to complete it while rendering the dataset.

However, from the graph, we can see that LightningChart JS was the only library capable to perform at 10Hz with a CPU usage of only 15%.

The only hardware-accelerated competitor (B) had an actual refresh rate of 2.2Hz requiring the full (100%) CPU capacity to render the dataset.

In this version of the test, we measured the maximum data process speed and the achieved refresh rate at a given amount of data points.

When analyzing the only hardware-accelerated competitor (B), its refresh rate is only 2.2 Hz when rendering 2000×2000 (4 million) data points.

Reference video to the test

*Parameters are not necessarily the same as the ones highlighted above.

What did we measure? – Appending Surface Grid Charts

How many times the visualization is updated per second. For good real-time performance should be at least 40 or more.

This is a % value between 0 and 100, which indicates how much processing power the chart is using. Lower values are better.

Based on the data intake per second that a chart can handle. When exceeding the chart’s capabilities, the browser may end up crashing or running out of memory.

The following test for the appending surface charts had a sample size of 500, added 200 samples per second, and had a sample history of 10 seconds.

From the results, it can be seen that LightningChart had the highest refresh rate of 60 FPS at the minimum CPU usage of 7.5%.

The only hardware-accelerated competitor (B) had a refresh rate of 5.8 and used all (100%) CPU resources.

For non-hardware accelerated competitors, the test is close to fail and failed, respectively for competitors A and C.

Competitor A had a refresh rate of 0.7 FPS while using 100% of CPU resources whereas competitor C failed the test.

This comparison measures the number of incoming data points and the CPU % usage that libraries can handle and consume while keeping an FPS of > 10.

Starting with non-hardware accelerated competitors, competitor C had a sample size of 100 at a stream rate of 10 Hz. Every second it was handling 1000 incoming data points, however, using full (100%) CPU resources.

Competitor A had similar results with the same parameters, however, using 79% of CPU resources.

When analyzing the only hardware-accelerated competitor (B), its sample size was 100, stream rate 100 Hz and it could load 10,000 data points per second, however, using full (100%) CPU resources.

Finally, LightningChart JS demonstrated that it handled a sample size of 1000 at a stream rate of 200 Hz. LightningChart JS also processed 200,000 data points per second while using only the minimum amount of 5.3% CPU resources

Whereas, on average, LightningChart JS can manage appending charts with 20x more data than other hardware accelerated charts at a minimal CPU % usage.

Reference video to the test

*Parameters are not necessarily the same as the ones highlighted above.

Performance test on a high-end device

The capability of LightningChart JS should not be seen only from the scope of low or medium-end devices. More advanced devices benefit all types of applications and when implemented on such devices, LightningChart demonstrates its highest potential. 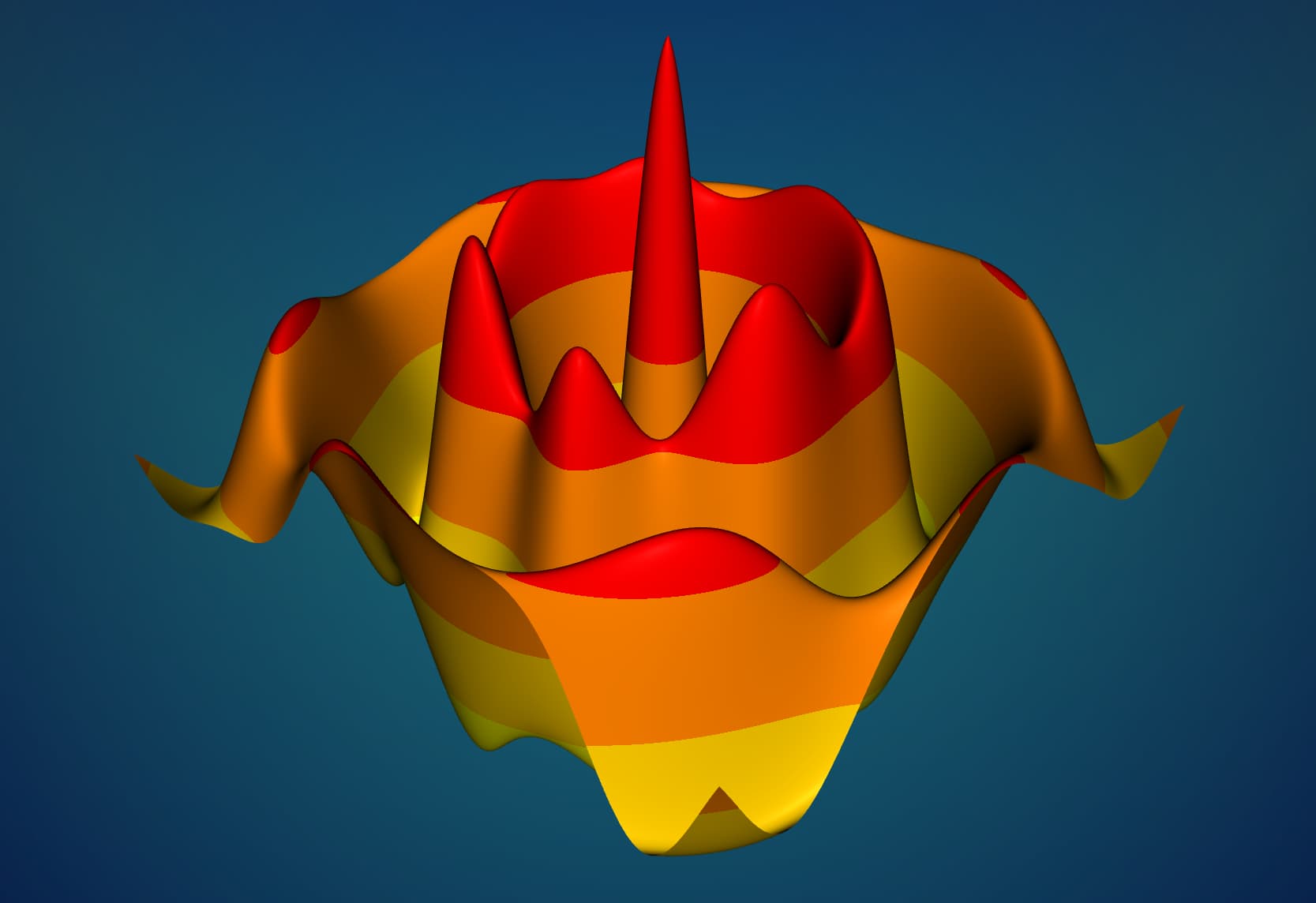 When using fewer CPU resources, the application has plenty of CPU power to continue running other operations such as data analysis computations.

In the following test, LightningChart JS supports a dimension of 2000×1000 (2 million) data points while appending 200,000 new data points every second. This is achieved at a high refresh rate of 55 FPS but at an extremely low CPU usage of 2.5%

After performing these intensive tests on three types of JS surface grid charts, it was demonstrated that LightningChart is the fastest hardware-accelerated charting library as is able to:

On a mid-level device,

On a high-level device,