In the previous articles, we worked with LightningChart JS, focusing on Front-End development. In my experience, working with JavaScript libraries to create charts has always been an easier or friendlier option in terms of development.

But not all the time we will be able to work with JavaScript, and we will have to work on projects that use object-oriented programming languages. For these cases, LightningChart gives us a great option: LightningChart .NET.

In this article, it will be explained how to start using LightningChart’s .NET interactive tool, and how it allows us to create a volumetric rendering project compatible with Visual Studio, in an effortless and simple way.

We will be able to experiment, study and understand the various properties that the LightningChart SDK offers us while creating a volumetric image graph as the first example of this SDK.

If you want to learn more about LightningChart .NET, please go to the next URL: https://lightningchart.com/net-charts/

Next, let’s dive deep into the volumetric rendering project and some theoretical background.

In this tutorial, we’ll code a volumetric rendering application simulating a 3D skull but you can customize the dataset and render e.g., a human thorax.

Have a look at what you can create with LightningChart .NET:

Volumetric data is very common nowadays. The importance of this dataset type is growing rapidly due to the development of the 3D data acquisition industry.

This growth is also due to the increasing possibilities of performing advanced renderings of complex medical visualizations including those of the human body.

The medical datasets can be captured by various technologies, e.g. MRI, CT, PET, USCT, or echolocation. Other datasets can also be produced by physical simulations, for example, ﬂuid dynamics or particle systems.

The set of technologies mentioned before demonstrates that volumetric information plays an important role in medicine. It is used for advanced cancer detection, visualization of aneurysms, and treatment planning.

This type of data is also very useful for non-destructive material testing via computer tomography or ultrasound. In addition, a huge three-dimensional dataset can be produced by seismic research.

Volume data consists of voxels. A voxel is the basic volume element and it can be represented as a point in a 3D space with a certain position and a color.

This gives an opportunity to keep up to six scalar parameters. Usually, the points belong to the fixed grid, so the volume data can be stored as a table.

In this case, the runtime representation can be kept as a multidimensional array, and volume data can be represented as a *.csv file in a device’s local storage. However, more commonly the dataset is broken into several slices, and every slice is stored as a bitmap image.

The approach allows for significantly reducing the model size due to the sophisticated compressing algorithm which could be applied to the images.

In this section, we'll take a look at the four main ways how to visualize volumetric datasets and we'll discuss the advantages and disadvantages of different technologies in volumetric visualizaation.

This is the most straightforward solution, which implies the separate visualization of every slice of the volume dataset with an opportunity to scroll them interactively.

Further, the simplicity of the implementation and low computational complexity are the key advantages of the technique.

However, its main problem is that the viewer should use the imagination to reconstruct an entire object structure.

As a result, the slice-based approach is not the most suitable for visual analyses of very complex and unknown structures.

But, it suits the detection of features inside well-known objects, such as parts of the human body. That’s why the methodology is widely used in medicine.

For example, it is the most popular way of representation for MRI and CT. It is worth mentioning, that general CT and MRI studies have a much lower resolution in one of the dimensions, which causes some difficulties in utilizing the datasets with more advanced technologies. 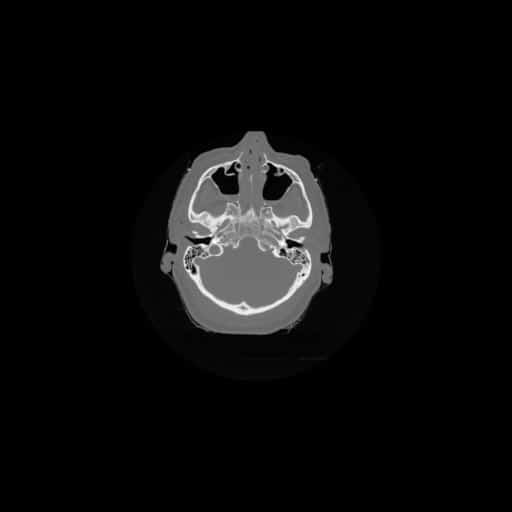 Emulation of Other Technologies

This approach can be very useful when visual analyses are performed by experts, who are used to a certain technology.

For instance, it can be used during the development of new technologies in medical and seismic areas.

Moreover, the emulation allows experts to have a smooth transition from old visualization solutions to more modern techniques.

However, the approach is not very popular due to several reasons:

Notably, the technology is utilized so widely that modern graphic card architecture is designed to accelerate the operation.

As there are many tools for visualizing polygonal mesh models, the idea behind Indirect Volume Rendering is obvious. The approach consists of two steps.

As there are many tools for visualizing polygonal mesh models, the idea behind Indirect Volume Rendering is obvious. The approach consists of two steps.

The disadvantages of the approach are caused by the first step of the visualization process. 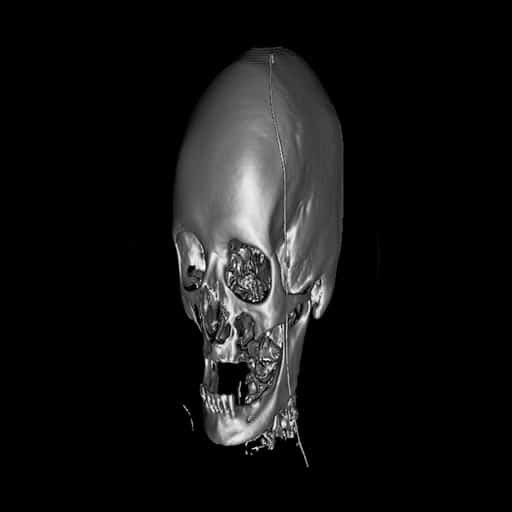 Direct Volume Rendering does not require any preprocessing. The data is visualized from an original dataset. Further, it gives the algorithms an opportunity to modify the transfer function and threshold dynamically.

Also, some of the approaches allow for visualization of the internal structure of the dataset in a semi-transparent way. Further, it is practically the most powerful way to visualize volume data. The visualization has all the advantages of polygonal mesh models.

Therefore, it can be easily combined with them in the same scene. In addition, it is possible to cut a part of the model for an investigation of structures hidden by the object’s surface.

Importantly, there are several different technological implementations of Direct Volume Rendering. The most common ones use the tools created for a GPU acceleration of polygonal mesh models rendering in their own way.

The dataset is projected to the planes as textures. The final picture is combined by the alpha blending of the planes. The volume Ray Casting approach uses a cube as a placeholder for the volume model.

The model itself is projected to the sides of the cube by the Ray Casting algorithm, which uses rays to accumulate the data and combine it with the specific equation called Ray Function. 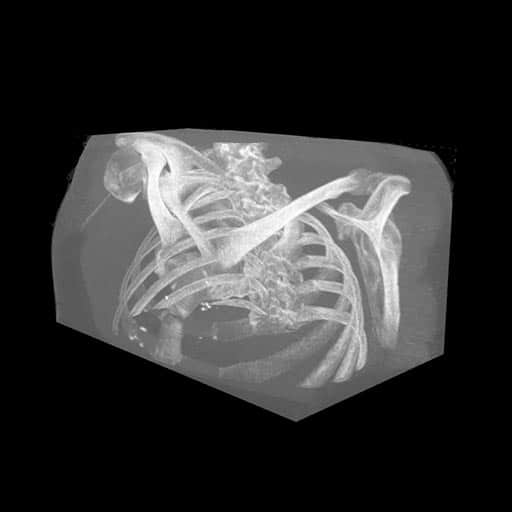 Ray Function is a truly fascinating feature of Volume Ray Casting. Therefore, it allows defining how rays perform sampling of the dataset and calculation of the pixel color.

For this project, we need to take in count the following requirements to compile the project. 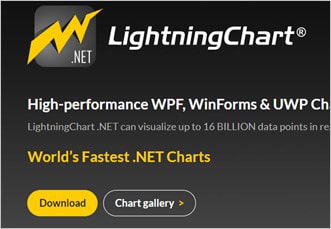 You will be redirected to a sign in form, from then on, the process is very simple to follow.

After confirming your email, you will have access to your own LightningChart account and are ready to build your volumetric rendering application. 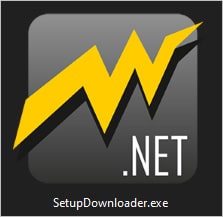 The installation will be a typical Windows process, so please continue with it until it is finished.

After the installation, you will see the following programs: 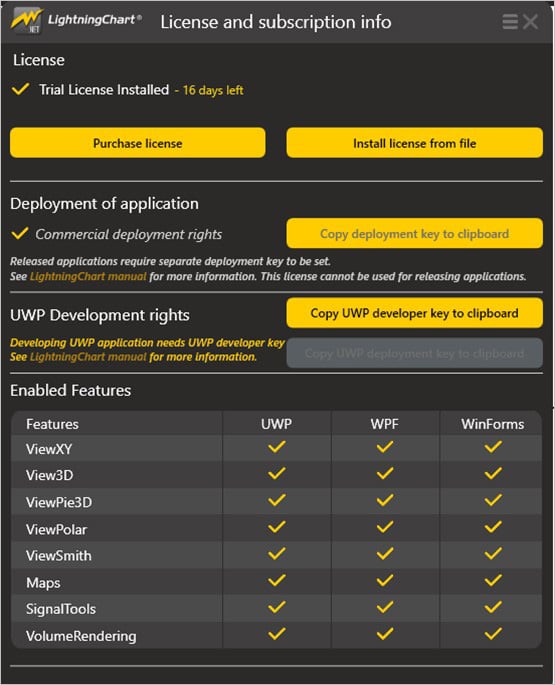 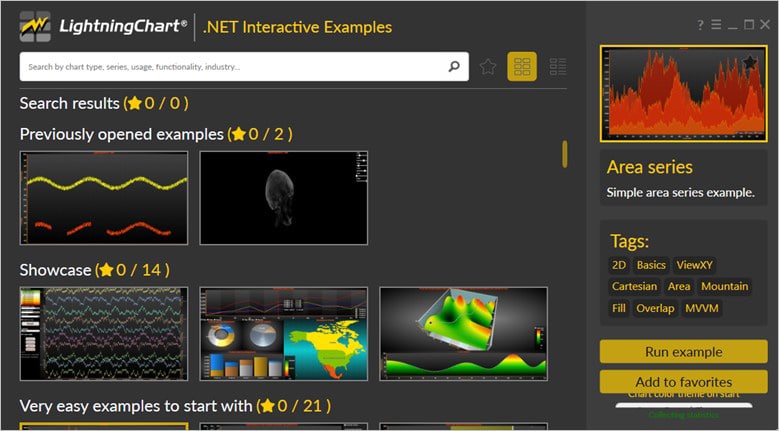 Now let’s work with visual studio. The main difference between using the LightningChart .NET visualizer and Visual Studio, is that we will be able to analyze and experiment with many features in the source code. In the LC visualizer, write inside the filter “Volumetric”… a sub menu will be displayed:

We will use the “head” option. With the “head” example, we will see the animation and other options. In the top-right zone of the windows, you will see the following options: 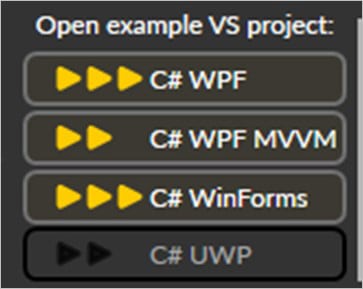 For trial SDK, we will be able to use the WPF and WinForms frameworks.

If you are fully related to windows forms, this option will be more comfortable. In this case I will use the Windows Presentation Foundation framework.

After clicked the framework to use, we will need to specify a folder where the project will be created: 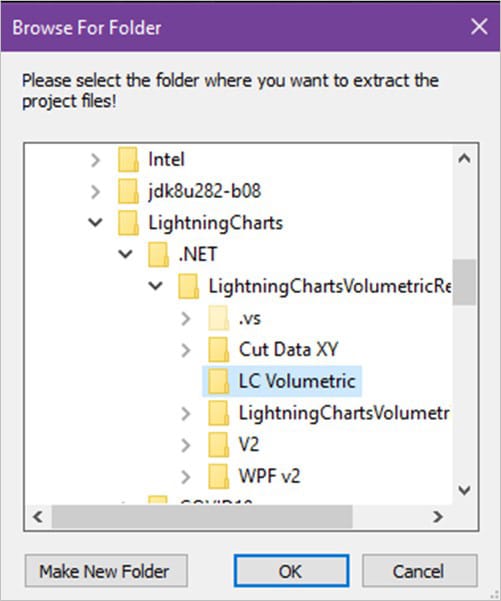 Finally, the project will be created, and Visual Studio will be opened and ready for execution.

The main code will be wrapped inside MainWindow.xaml.cs. Here we will find the code for UI controls. 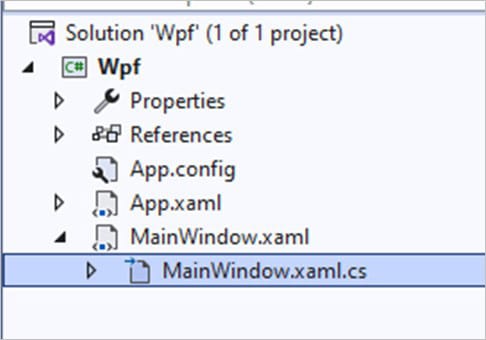 In the following code line, the folder with all “head” pictures will be loaded. If you put a break point there, you will see a path like this: “C:\ProgramData\Arction\Volume\Head”


If you see, all the pictures are like frames that are part of a bigger image. You can replace all images by a similar sequence and experiment with all properties for rendering. “You can replace this collection with the “body” example”.

Now let’s work with visual studio. The main difference between using the LC visualizer and Visual Studio, is that we will be able to analyze and experiment with many features in the source code. In the LC visualizer, write inside the filter “Volumetric”… a sub menu will be displayed:

Inside CreateChart(), we will see many properties configurated to the object _chart.

This object will be our “canvas”, where the image will be displayed.

This object would be the equals to the chart object created in our previous TypeScript projects. 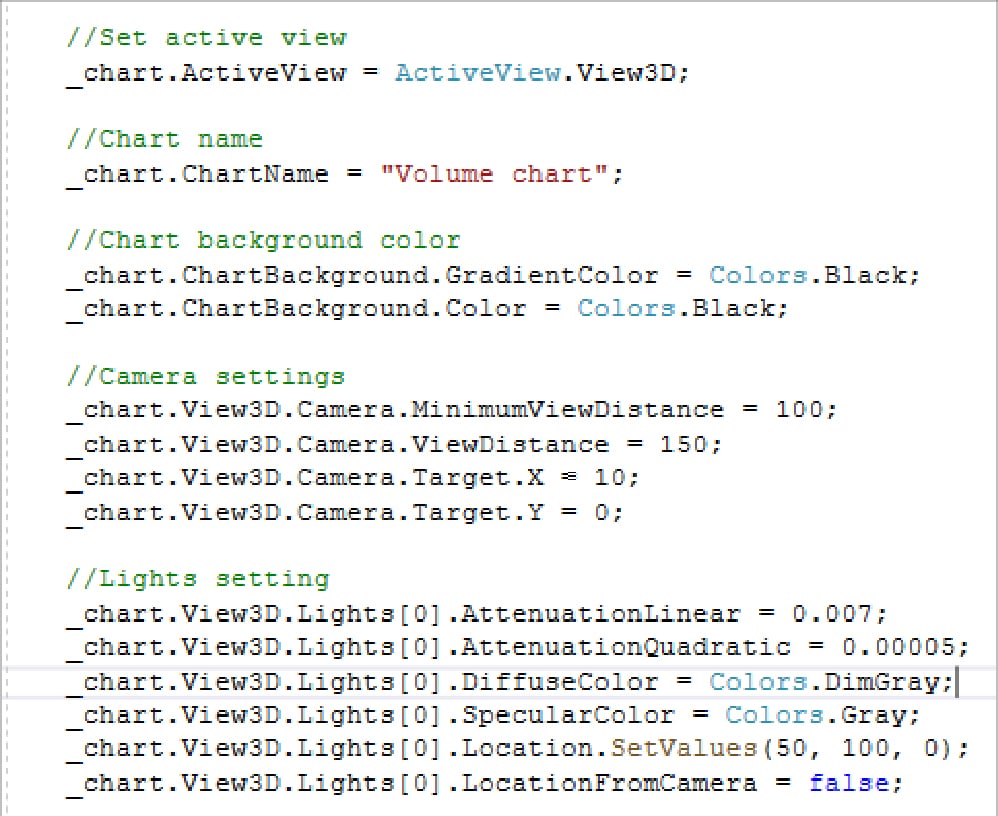 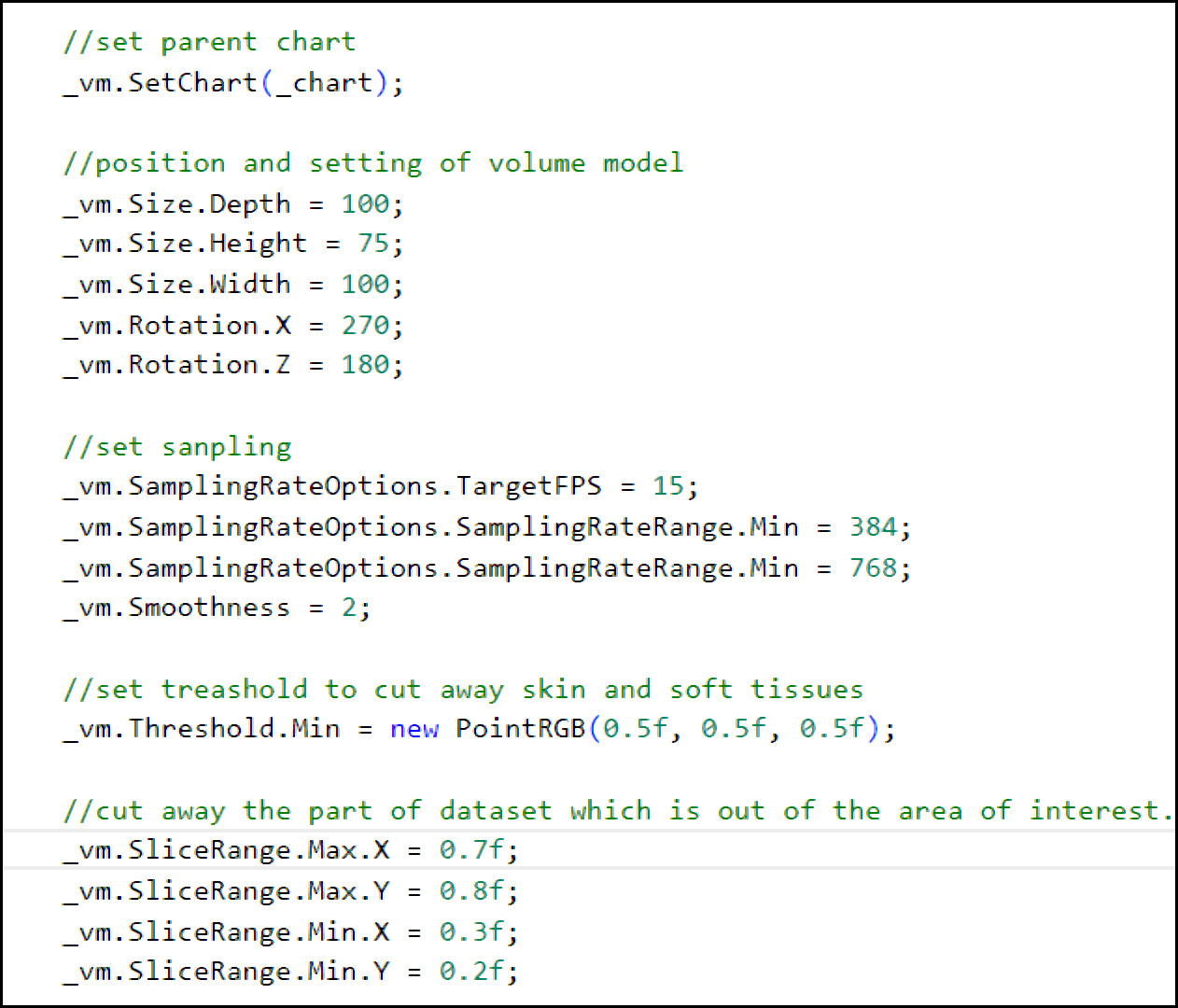 In conclusion, the development of hardware prepares the base for the growth of interest in different volume data acquisition technologies.

Improvements in consumer’s computer performance will have a positive effect on the popularity of advanced volume visualization techniques, such as Direct and Indirect Volume Rendering, while more basic ones will become less popular.

LightningChart has an outstanding tool for the implementation of Slice-based and Indirect Volume rendering visualizations of volume data. Some of LightningChart .NET volumetric rendering charts include the coloring volume model that demonstrates how a stack of 2D matrices could be converted into a colored VolumeModel.

Medical industry-oriented models include a volumetric rendering of a human head and a thorax.

LightningChart® Data Visualization Solutions are advanced data visualization libraries for .NET and JavaScript featuring 200+ charts that can be easily integrated into cross-platform applications that demand high-performance charts with fast rendering and large dataset processing of several billions and even trillion data points.

Get started with LightningChart .NET 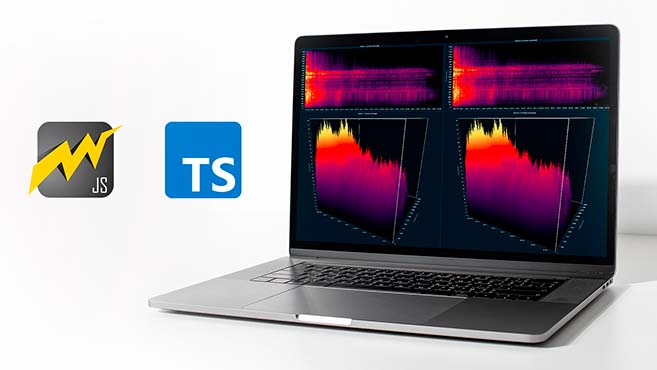 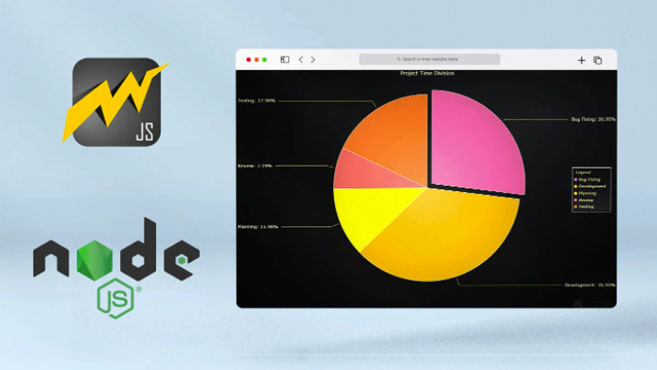 Contact Us
©LightningChart Ltd 2022. All rights reserved.
Cookies Policy
Our website uses cookies to provide you with the best user experience possible and make the navigation of our website easy and safe for our users.
In turn, we use cookies to measure and obtain statistical data about the navigation of the users. The cookies’ information is stored in your browser and performs functions that include recognizing your new and return navigations to our website.
This information helps our team understand which website sections you find the most interesting and useful.
You can configure and accept the use of the cookies and modify your consent options at any time.
Read our terms and conditions and privacy policy to learn more about how we process your data.
Powered by GDPR Cookie Compilance
Manage Settings